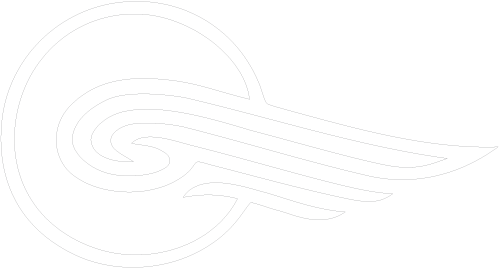 Joined by industry leaders, the XPRIZE Foundation, and NBAA, Lindbergh called for global participation in creating this first-ever set of prize challenges to accelerate the widespread availability and adoption of Sustainable Aviation Fuels (SAF). The Challenge activities will coincide with the Lindbergh Foundation’s 100th anniversary activities of Charles Lindbergh’s historic 1927 Transatlantic flight.

“As we approach the 100th anniversary of my grandfather’s world changing New York to Paris flight in 1927, spurred by the $25k Orteig prize, we asked ourselves how we could make the most impact on the critical challenges facing aviation today. The answer: decarbonize aviation,” said Erik Lindbergh.

Aviation is one of the most difficult industries to decarbonize because it needs an energy source with high energy and low mass (low weight). The priority at this stage is focused on a transition to Sustainable Aviation Fuel (SAF), plus the accompanying scale-up in production and distribution of SAF.

“SAF is one of the biggest near-term opportunities to decrease carbon emissions across all of aviation,” continued Lindbergh. In the long term, the Lindbergh Foundation will focus on true “zero carbon” aviation. The need for SAF in the US is massive (ramping up from 5M gallons/year usage in 2021, to 35B gallons/year by the end of 2050) – as outlined in the US Government’s Sustainable Aviation Fuel Grand Challenge Roadmap.

Lindbergh’s Forever Flight Alliance will work with the XPRIZE Foundation to identify and create various prize challenges that address the specific barriers that prevent aviation’s acceleration of SAF commercialization.

Alliance partners include the participation and support of The Prince Albert II of Monaco Foundation and NBAA, and the Commercial Aviation Alternative Fuels Initiative, among others.

The scale and complexity of this issue lends itself to the prize alliance process which works with industry experts to Identify the barriers to scale and widespread adoption of SAFs: Reduce friction in the marketplace by acting as a catalyst for global collaboration; and Identify and prioritize the key technologies, as well as policy, economic and social barriers that are opportunities that can be addressed with incentive prizes

NBAA BACE is hosting the Lindbergh Foundation’s first SAF Brain Trust meeting – a gathering of aerospace leaders to seed the Alliance’s Prize process formulation to enable further discovery, reduce friction in the marketplace, and foster accelerated commercialization. What is learned in the creation, storage and transport of these renewable forms of energy should translate into other hard to decarbonize industries.

Significant advances in aerospace have historically been inspired by incentive prizes, including The Orteig Prize in 1927, won by Charles Lindbergh, who kicked off the golden age of aviation and the Ansari XPRIZE in 2004, which kick-started commercial and private space flight.

About The Lindbergh Foundation

The Lindbergh Foundation spearheads bold solutions and inspires talent to help balance technology and the environment. Founded in 1977 by Neil Armstrong and General James Doolittle, today it is focused on decarbonizing aviation and stimulating education as the organization plans for the 100th anniversary of Charles Lindbergh’s 1927 New York to Paris transatlantic flight.

About the XPRIZE Foundation